This open resource presents Don Quixote de la Mancha in its original Spanish as well as the translation in English by John Ormsby.

Don Quixote has been called the "first modern novel" by Harold Bloom. A panel of 100 authors from 54 countries, including Milan Kundera, Doris Lessing, Seamus Heaney, Salman Rushdie, Wole Soyinka, John Irving, Nadine Gordimer, and Carlos Fuentes, chose Don Quixote as the most important of the “best and most central works in world literature.”

Don Quixote was written by Spanish author Miguel de Cervantes Saavedra. Part I was published in 1605; Part II was published in 1615. Cervantes created a fictional Morisco historian, Cide Hamete Benengeli, hired to translate the story from a found Arabic manuscript, discovered within the Jewish quarter of Toledo.

Alonso Quixano, the novel's protagonist, is a landowner who obsessed with stories of knights and chivalry, driven into a fantasy in which he believes he is a knight errant. He finds a companion, Sancho Panza, and this newly anointed Don Quixote de la Mancha sets off through the Spanish countryside, searching for adventures in order to impress and win the hand of his "lady," Dulcinea del Toboso. Dulcinea, the object of his courtly love, is a farm girl Aldonza Lorenzo, whom Don Quixote has become smitten by, although the girl is completely unaware of his existence or his feelings for her. She does not appear in the novel.

Our version is an Open Educational Resource (OER) and serves as a demonstration of GW Publishing's instance of the Manifold Platform. We present the classic work in English and Spanish, with accompanying audio in both languages, with an essay and images. We plan to include other essays, stories, poems, and multimedia inspired by Don Quixote, Sancho, Dulcinea, and Cervantes. This is a work in progress. 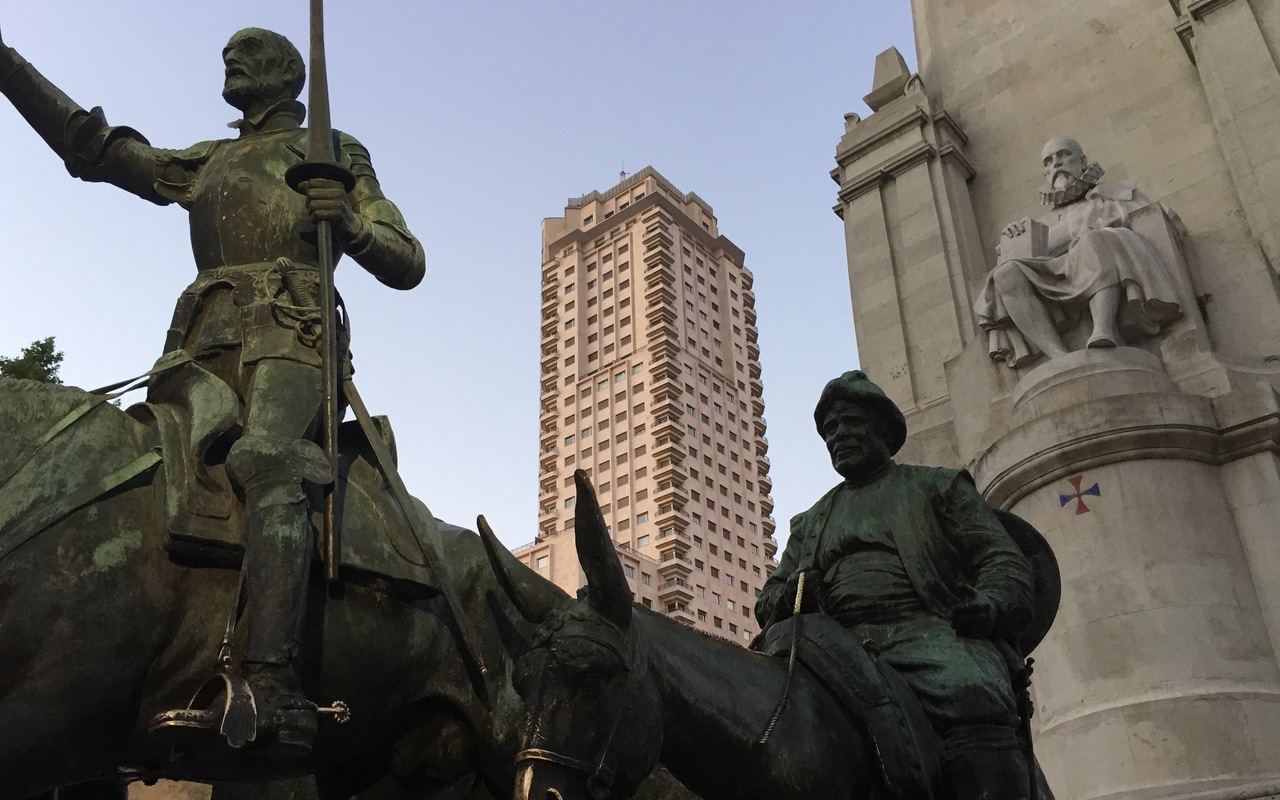